The first thing to think of for any type of group Halloween costumes would be your theme. What does your group of friends all have assessable to wear? If you all work in a hospital, wearing scrubs would be an easy idea. Splash them with some red food coloring and tell everyone that you all just got off work. That’s sure to raise a few eyebrows! You could also simply dress everyone in Hawaiian shirts and go as “Jimmy Buffet Parrot Heads.” Or maybe have everyone wearing tie-dyed shirts and going as “Grateful Dead Dead Heads.” Depending on how many people are in your group you could all wear puffy shirts and matching polyester pants and go as the “Partridge Family.” Those are just a few possible musical theme group Halloween costume ideas.

Other group Halloween costumes are wearing reflective work crew vests and have everyone carry around a trash bag and go as “community service road crew.” If you really want a challenge you can all wear prison jumpsuits, chain your ankles together and go as a “chain gain.” Or wear the same prisoner garb without the chains but splash some mud on and go as “escaped prison gang.” Keeping up the corrections theme, you could have a couple of your group dressed as prison guards to complete the effect.

Another group Halloween costume would be to adopt what would be considered a traditional group for your friends. For instance, you can all dress up in the same tight-fitting pink ballerina outfits and go as the “Chorus of Swan Lake.” This could be especially fun for the male members of your troop! You can go retro by dressing up as “The Village People.” It would be easy to do a new version of the Mickey

Mouse Club. You just need to have everyone get a pair of Mouse Ears and sweatshirts with their names printed across. These can be your real nicknames or you can get very creative.

The thing to keep in mind with group Halloween costumes is to have fun. This is usually a two-part party: the first part is planning the group costume and the second is in the execution. Just be sure to take plenty of pictures!

One of the best Halloweens I have been a part of happened six years ago when I was still in college. Some friends and I

journeyed to a small college town where a friend of ours was attending school. We decided that, since we would not know very many people, nor did any of us want to be separated, we should all dress as the same thing, or at least all dress up around one single theme. Little did I know that as far as group costume ideas, ours was excellent.

Why are group costume ideas so good? Well, as I mentioned before, they are great for a group of people that are new, out of town, or worried, for whatever the reason, of being separated or lost. A quick scan of the room will reveal when several people are all wearing the same costume.

Personally, my favorite group costume ideas are ones that play on inanimate objects. I don’t think you can do much better than having a group of five or more people all running around dressed up as an apple. One apple alone is not nearly as much fun or funny as two, and so on and so on. You can obviously parlay that into all dressing up as a different piece of produce if you like, but I prefer a huge group all dressed up as one thing.

For this reason, you probably want your group costume ideas to be a rather pedestrian and boring idea. Why? Because that ensures that no one else will accidentally also dress up as it and somehow get some of the credit as well.
As for my great group costume idea that I mentioned above? I do not want to share that with you now, for the sixth year in a row, a group of us plan on dressing up like it again and I would not want to ruin it for us. Needless to say, that great group costume ideas can start a great tradition and are, obviously a lot of fun. 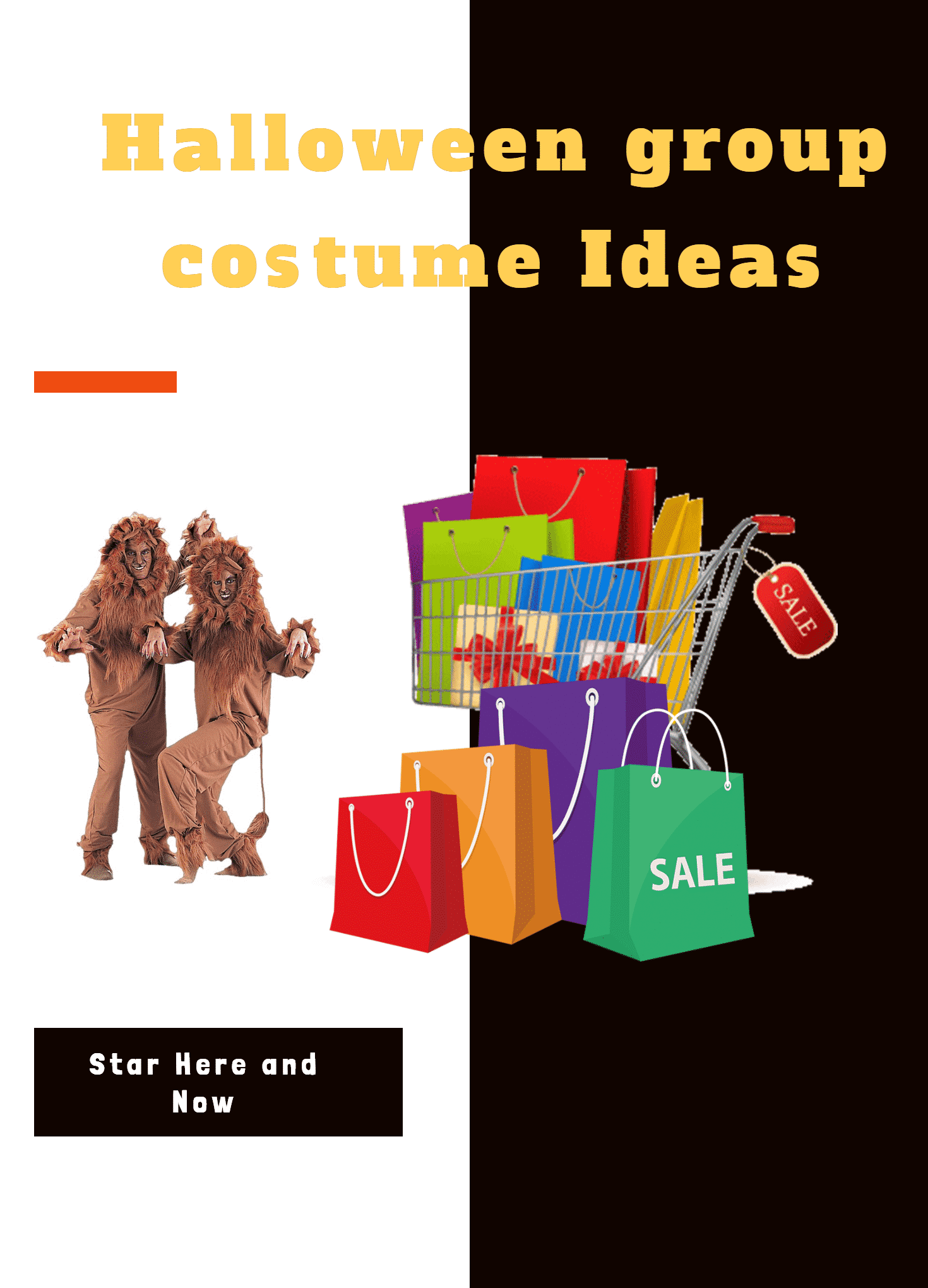 Thanks for reading my article, if you want to check out the Halloween group costume ideas

with the best prices and super fast delivery click here to go through to Amazon.com…